The world of Ciruin is a world defined by embers of its past. Set in the age where the land is unified behind the Church of Alderra, representing the five elemental gods, people are finally seeing a bit of peace and prosperity. The previous toils and struggles are behind them as the Omaclaran empire and other threats have fallen or been pushed back. All is not well however as new threats and old enemies still jeopardize the fragile peace and unity. Stretching forth from the heart of their kingdom the forces of Alderra are finding new allies and enemies as they tame more land and encroach upon the regions previously forbidden them. As new factions arise and old gods stir, the land and its people must strive to conquer their enemies both externally and from within. 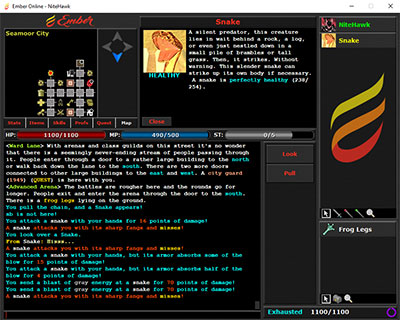 Ember Online is a fantasy adventure MUD with its own client for security and safety. Currently, there are 13 playable races with more in development. Racial choices run the gambit of standard fantasy races such as humans, elves, half-elves, dark elves, half-orcs, dwarves, goblin, and gnomes; as well as nonstandard and unique races such as saurian, drakeblood, primordial, fae, and halfling. With the introduction of the new Archer class, there are now 13 playable classes for the game. Standard fantasy classes are well represented with unique abilities and features. The classes are grouped into four basic categories of abilities; rogues (thief, bard, and assassin), fighter (barbarian, archer, knight, monk, paladin, and ranger), healer (cleric and druid), and mages (necromancer and sorcerer). 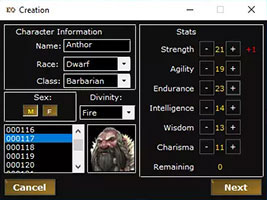 During character creation, players get to choose their preferred class and suggested races are highlighted to facilitate new players creating viable characters for the game. Leveling a character is done via either the standard hack and slash method or utilizing the in-game questing system that allows players to perform tasks and progress along with a preset storyline. Most players choose a combination method of leveling. Player gear is dependent upon the level and as players gain in levels they get access to more powerful and varied equipment. There are multiple dungeons and 'Once a Day' bosses to gain equipment once a player reaches the maximum level.

Future additions being worked on are a robust crafting system as well as the introduction of prefix/suffix for equipment for unique combinations. More features and improvements are added at a steady pace with active coders and scripters. A faction system is currently in development to add depth to the guild system and provide more choices for players. Development is ongoing as well as world growth with a lot of input from players and a chance for players to help shape the world and the direction of the game. 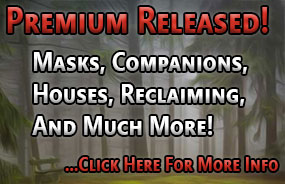 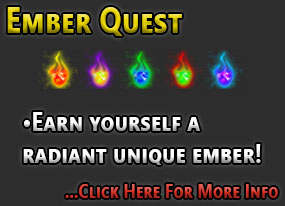 Ember Online is a graphical mud based game. Come join in on the fun!